Pink diamond has modifying colors that range from Orange, Brown, and Purple. It comprises of common secondary colors and it is reported in the certificate as Brown Pink, Orange Pink, and Purple pink. It is found that if its modifying color is not strong then it could be in Orange, Brown, and Purple color. As per the internationally recognized naming pattern system, some specific name is given to the colored diamonds, and this system is introduced by the GIA (Gemological Institute of America). In this system, the carat size of the diamond, stone’s intensity comprising any secondary hues and at last, the dominant color of it is stated.

If the investment on the pink diamond is made then, it is good as its demand never decreases it always increases every year and it consists of excellent potential for making better investment opportunities in the market world. 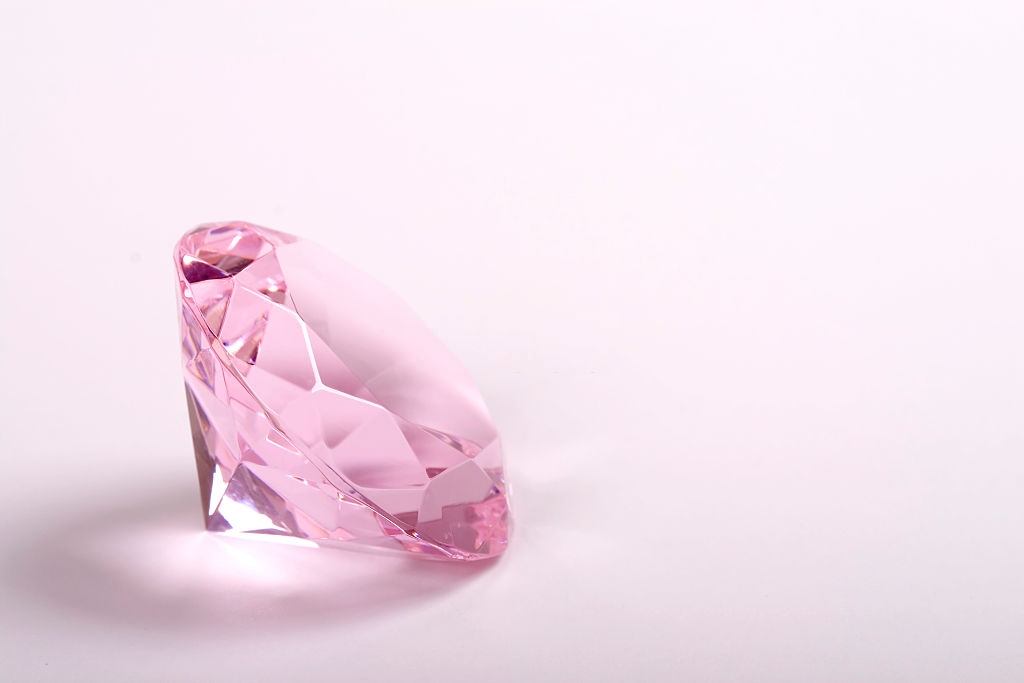 How it is Formed?

It takes millions of years to form under the huge pressure and heat which helps the carbon elements to develop together into diamond rocks that are not smooth. Under 2200 degrees Fahrenheit they are heated and pressurized for millions of years in unpredictable conditions. Then, it solidifies and converts into stones. Scientists do not know that what the cause of the color of the Pink as well as the Red diamonds. Additionally, the colors get by these diamonds are commonly formed within the stones. Some other diamonds that we clearly know how they get different colors, like blue diamond that gets their color from the carbon’s traces and the color which turns into green diamonds are actually due to the dislocation of the carbon atoms.

Have you ever thought that why all diamonds are not in white color?

When you hold the diamond in the hand then, what are the very first characteristics you will see? Most people will answer their color. On this earth, there are varieties of precious stones which are of different colors and properties are found also, their price will be decided according to their purity. At first, all the diamonds are formed in the same way as that of colorless diamonds, but all of them have one uncommon difference exists such as crystallization which helps in making these diamond to appear in various colors in a unique manner.

The natural Pink diamond’s source is the Argyle mine found in the Kimberley regions of Australia, which is considered as one of the most popular mines for the Pink diamonds. Some other sources also exist, such as Golconda mine (India) produces Type I & II diamonds, Diavik (Canada), etc. It is seen that the pink diamonds that are found in Brazil and South Africa generally are brownish shade. From the Argyle mine, the finest quality of Pink diamonds is cut and polished in a beautiful way before selling through an exclusive tender. For understanding the uniqueness of the pink diamonds, there are 1 million carats of the diamonds produced in the mine and only 1-carat diamonds are sold.

There is some evidence of the scientists that shows that the Pink color’s origin is due to the high-pressure graining that helps in converting it into that color.

In Australia, the Argyle mine plays a significant role in supplying the largest amount of Pink stones to the tender. There are more than 50 individual diamonds are provided to the company every year, which is cut and polished then, use them in the jewelry pieces. Pure pink diamonds are produced every year and it is around 130 million carats of diamonds, there is less than 20 thousand carats of rough pinkish diamonds are developed which means, there are over a total of 0.015 percent production in each year.

How the Pink Colored Diamond is Unique?

The uniqueness of the Pink colored diamonds is due to its Pink color. These diamonds are real and it is referred to as natural due to its formation in nature, having pink color and it has not been treated in any way to make it in Pink hues. It is essential to see the GIA certificate to check the natural property of the pink diamond. There are many methods for providing the artificial color to the diamonds in which some of them are reversible and some are irreversible. It is not necessary to say that the pink diamonds are more expensive, unique and they are special as compared to other pink diamonds that consists of artificial pink color.

Although, there are many pink diamonds exists, but one of the notable pink diamond named Pink Star Diamond that measures of about 59 carats. The GIA has certified that it is perfect fancy high-colored Pink Diamond which makes it a highly expensive diamond. Also, it has great color grading and clarity. Due to its flawless properties, its price was more than 71 million dollars in the auction. Due to the elegance of the Pink diamonds, it’s one of the most traced diamonds all over the world. They are gorgeous in view and its romantic appealing allows them to use as a ring in weddings.

How Rare & Precious it is?

The rarity factor of the pink color and its natural property makes these diamonds more expensive and unique. Due to the factor of some shades of the pink diamonds, they are valuable and it is referred to as the excellent investments. Diamonds which are of different colors not only look elegant but attractive too and they are rare than the colorless diamonds. The Pink color of the diamonds demands high and due to its natural color and high-quality commands dollars (in millions) for per carat when compared with a traditional rock. All types of colored diamonds are referred to as more precious when straight single color and no overtone involved. This type of color combination is valued as same as the straight pink colored diamonds.

Moreover, their deficiency, as well as stunning appearance, makes these pink colored diamonds added to any collection. According to the Argyle mine in Australia, the price of the Pink diamond will be 20 times more than the cost of the white equivalent.

Further, the cost of the diamonds made through its carat and its price changes depends upon the characteristics of the diamonds which means that if the pink colored diamond has low-quality and it is only of 0.25 carats then, its price will be less as compared to 100 carats, though a pink stone is rare.

What are the Uses of Pink Diamonds?

The pink color is such a lovely and loveable color of all the women. Hence, there are many pieces of jewelry made with a pink stone. There are a number of examples describe here in which the usage of the pink diamond is seen.

Pink diamond is polished and made in the beautiful styles and Queen Elizabeth II to Victoria Beckham & Jennifer Lopez are popularly known for wearing jewelry through these gems.

Not in the present but also in the historical period, the jewelry made from the pink stone was very popular it is more appealing to the eyes. The best example of the gems is the Daria-i-Noor, light pink diamond weighs 186 carats, and it is worn by many monarchs till 1793. It belongs to the crown jewels until the Persian army takes it and took it to Iran.

There is another pale pink stone named “Noor-ul-Ain” known as the light of the eyes is about 60.0 carat and has a stylish and polished cut diamond. It is believed that it was discovered in the Golconda mines situated in India.

Graff pink diamond has 24.78 carats weighs and it was graded with Type IIa, sold at &46 million in 2010 at Sotheby’s auction. Another, The Rose of Dubai was sold in 2005 at &6 million and it is of pear-shaped diamond comprising a weight of 25.02 carats. Furthermore, the Princie diamond, which is of 34.65 carat has $39.3 million in prices in the year of 2013 at an auction of Christie’s New York. It has a VS2 clear cushion-cut shape.