What is Cryptic Pregnancy? 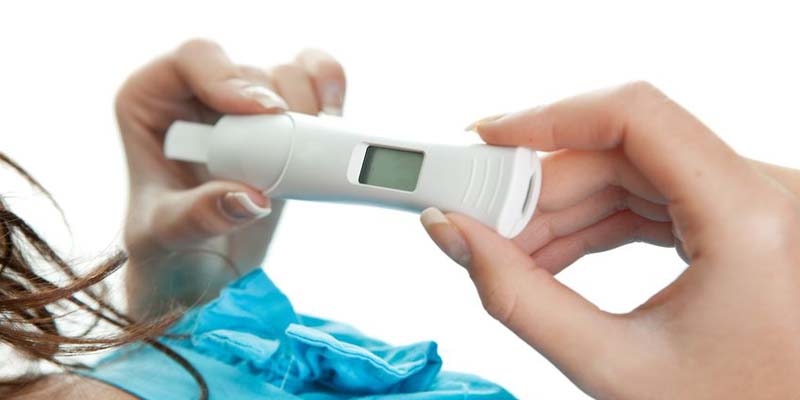 Pregnancy comes with tell-a-tell signs and symptoms – periods stop, the body undergoes several physiological changes, the belly gradually bulges and much more. Though this is the most common form of pregnancy, yet an exception exists. Having an occurrence rate of only 1 in 450 pregnancies, a woman may become pregnant, but without showing any typical signs and symptoms of regular pregnancy. Such a pregnancy is referred to as stealth or cryptic pregnancy and is, in most ways, different from a normal pregnancy.

Why is it Different from Phantom Pregnancy?

Phantom pregnancy is not real pregnancy and is, actually, a physiological disorder wherein the woman exhibits a number of common symptoms and signs of pregnancy without actually being pregnant. Phantom pregnancy is usually referred to as pseudocyesis and is quite different from undetected pregnancy, the major differences being:

Though some may believe that the pregnancy goes unnoticed because the woman remains in denial, but that is not the cause of stealth pregnancy in most cases. In fact, the cause of cryptic pregnancy can generally be traced to hormonal imbalance generally caused due to the following reasons –

Why Does the Pregnancy Remain Undetected?

There are several reasons why a pregnancy may go unnoticed.

Key Signs to Know that you are Going Through Cryptic Pregnancy

The symptoms of an undetected pregnancy are quite similar to that of a regular pregnancy. They usually aren’t considered a sign of pregnancy because the most common and determining signs of a pregnancy are minimal or nil. However, if you have one or more of the following symptoms some time or the other and can find no possible cause for the occurrence of these symptoms, you could undergo a test to uncover a cryptic pregnancy if it exists:

It is to be noted that the severity of these symptoms will vary from woman to another and may not be present at all times. In fact, they tend to be absent most of the times, occurring very suddenly and abruptly, thus leading a woman to believe that these are the symptoms of some other health problem.

Why Cryptic Pregnancy is Different from Regular Pregnancy?

Apart from the fact that you will be missing the common signs of pregnancy like missed periods, belly bulges, positive blood and urine tests, etc., stealth pregnancy has quite a different course as compared to standard pregnancy.

The first difference that occurs is in the development of the fetus into the baby. While standard pregnancies last between 7-10 months, undetected pregnancies last quite long. This happens mainly because of the continued periods during pregnancy which prevents the accumulation of hCG in the mother’s body, thereby delaying the development of the fetus. That is why, undetected pregnancies can last somewhere between 40 weeks to 4 years. However, this doesn’t mean that the baby’s health will be affected. Also, the size of the fetus during the different phases of the pregnancy remains smaller than during standard pregnancy.

Moreover, cryptic pregnancy is accompanied with prolonged labor, the pain and cramps occurring intermittently for a long period of time, usually weeks or sometimes even months. However, like standard pregnancy, the labor pain doesn’t remain at all times. Instead, it comes and goes and does occur even when the labor hasn’t actually started.

Also Read: What Does a Faint line on Pregnancy Test Mean?

Complications that May Arise in Cryptic Pregnancy

Since the pregnancy remains undetected partially or totally, it is usually not possible for the would-be mother to opt for prenatal care. This is not only harmful to the mother but also may affect the baby, especially if the mother leads a very stressed and hectic life.

Moreover, since the prominent signs of pregnancy are mostly missing, complications like blood group incompatibility, diabetes, hypertension, etc. cannot be detected via pre-natal tests and may risk both lives.

Also, since the fetus cannot be generally detected in an ultrasound, doctors may not agree to believe that it is an actual case of pregnancy and thus, delivery of the baby at a hospital may not be possible. In such situation, the woman would have to deliver the baby at home under little or no supervision and proper care which may cause difficulties for both the mother and the newborn.

What Should You Do?

Cryptic pregnancy has a number of problems associated with it. Though undetected pregnancy may not always be a serious situation, it is sure to put your at inconvenience when you deliver a baby suddenly and have no preparation to become a mother at all. So, it would be prudent that you try to prevent stealth pregnancy by trying to find out whether you are pregnant or not.

If you are in the reproductive age group and have sex regularly, followed by the regular use of contraceptives, it is important that you be on the lookout for the chances of an undetected pregnancy. If you keep experiencing symptoms that can happen during pregnancy, go for self-use pregnancy kits. Take tests quite often and be sure to note down the results carefully after each test. If you find that some results are positive while some are negative, it is important that you consult a gynecologist. Tell the doctor about the symptoms and results and see what he/she has to tell you.

Even if the doctor comes with no positive results, do not let your guard down. Try to find out the cause of the symptoms and if their occurrence cannot be related to any other disease or illness, keep taking tests and see other doctors to find out if you are actually undergoing cryptic pregnancy.

Cryptic pregnancy may not be fatal or harmful, but it is best that you avoid it or try to detect it at a very early stage. For that, you need to be very cautious about your health and ensure that you steer clear of the various causes that may eventually lead to an unnoticed pregnancy. Even, if your pregnancy is cryptic, being careful about your health can actually help you uncover the truth so that you can take proper care of yourself and your baby as well. Since cryptic pregnancy usually becomes prolonged and often more painful than standard pregnancy, you need to gear yourself up once you start seeing the various symptoms and obtain some positive results on the home test kits. This will help you be better prepared when you actually deliver the child and ensure that both of you are in good health.